What to Do When Accidents Happ..

Here at 30 Minute Dinner Party headquarters, I don’t bake desserts as often as I would like, but I do find an insane number delectable treats every week in my research. So every Sweet Saturday I’ll be bringing you a round-up of my favorite new desserts from around the web. Let me know if you try them at home!

This was really a bumper crop week for desserts in the blogsphere this week!

I have been cooking up batch after batch of Helene’s rhubarb custards, subbing in different summer fruit each week. They are great for breakfast 🙂 So far, between rhubarb, plum, and strawberry, I prefered the later. The plum version came out far too sugary.

At last night’s dinner party, I finally got to try out Jules’ three ingredient cake, and it was a huge hit. Though the lack of ingredients makes it sound simple, there is a lot of egg whisking going on. But the finished product was bursting with rich, but not over-powering, almond flavor and a dense, cookie-like texture.

Andrea, one of my favorite writers over at Foodista, shared the cream cheese pound cake recipe from How to Eat a Cupcake. I haven’t made it yet, but Andrea’s story of how she learned to bake was so detailed and vivid that I almost felt like I had already gotten my baking in for the day!

A member of the vaunted Martha’s Circle group, Cannelle et Vanille’s photography never ceases to amaze. Aran’s blog is worth a visit for the images alone. But this week she featured an easy and elegant recipe for blackberry cupcakes. By far the best way I’ve seen to take advantage of the juicy dark berries as they come into season around the country.

Enjoy! And if you make any of these goodies, let me know how it goes. 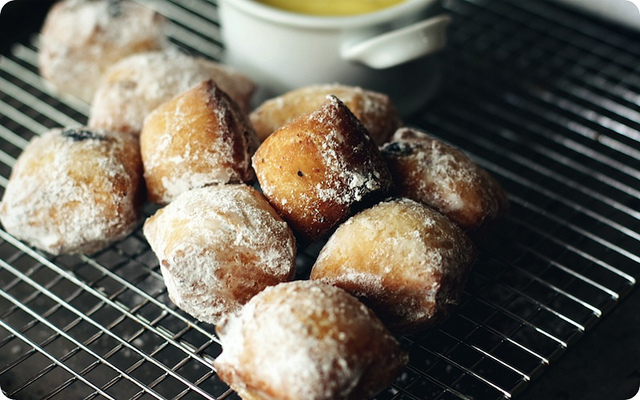