Fee Fi Fo Fum – I Smell the Blood of an Englishman!

Do these beans look familiar? There is a certain something about them . . . a little déjà vu. They do look a bit like lima beans perhaps.

The photogenic little babies are magic. Or at least according they were for Jack.

A Hen that Lays Golden Eggs

For those of you that haven’t seen Into the Woods too many times, Jack’s mother sends him to sell their only cow at the market and a wily man stops him on the way to the market. Innocent Jack trades the cow for some “magic” beans. Jack’s livid mother throws them out the window in a fit of exasperation and overnight an enormous bean stalk sprouts in their backyard. Jack follows it into the clouds to a land of giants and golden treasures. 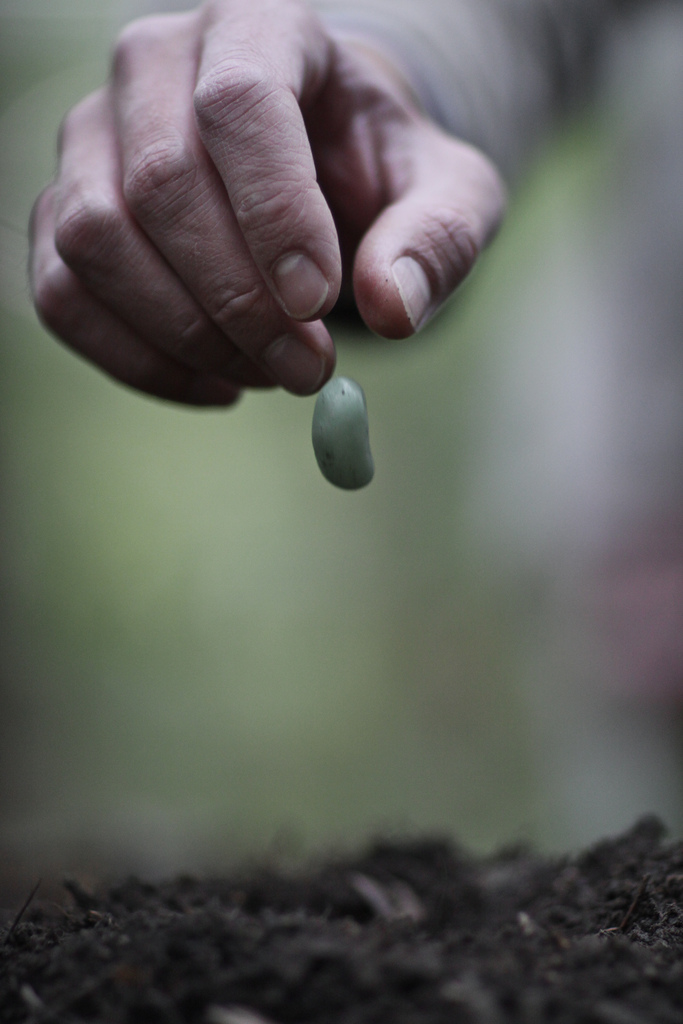 A handful of favas won’t necessarily bring you a golden harp like Jack, but they are a treasure in their own way.

A Gift from Across the Pond

The English not only gave us the story of Jack and the Beanstalk, but also the fava bean. Widely known kidney, lima, and even garden variety green beans are all new world crops, so before Columbus took his historic voyage, Europeans subsisted on these labor-intensive legumes. Almost every Mediterranean country has its own version of fava bean stew. Italians even puree them for ravioli filling.

Are they worth the effort?

While they are certainly yummy, fava beans make you work for your dinner. To get to the good stuff, not only do you have shell the beans, but after you boil them, you have to remove the thick, tough skin from each one.

But as NPR reported:

Favas are nutrition superheroes. They are high in fiber and iron, and low in sodium and fat. They have no cholesterol but so much protein, they are called the meat of the poor. As a matter of fact, Italians credit the fava bean as a factor in saving Sicilians from starvation during a time of famine.

There are a surprising number of ways to cook up favas. Like the ubiquitous chickpea, fava beans make a great dip, usually with garlic. You can even have it for breakfast! Chickpeas make delicious curry, and while I haven’t tried it yet myself, that seems like another awesome way to enjoy favas.

Like their tan cousins, fava beans are perfect for a cold salad on a hot summer day. My favorite version is below, and I think this is the best (and easiest) ways to enjoy their unique flavor, especially if you haven’t tried them before.

Please let me know if you have any questions.